×
Home / News / Dog shoots owner in the leg in Iowa and appears to cry.

Dog shoots owner in the leg in Iowa and appears to cry.

A man was shot in the leg by his dog when his pet inadvertently triggered his handgun.

Fifty-one-year-old Richard Remme, of Fort Dodge, told police he was playing with his dog, Balew, on the couch and tossed the dog off his lap.

He says when the pitbull-labrador mix bounded back up, he accidentally disabled the safety on the gun in his stomach band and then stepped on the trigger. The gun fired, striking one of Mr Remme’s legs. He was treated at a hospital and released later that day.

“I was lying on the couch, and we were horsing around, me and the dog. And I was tossing him off my lap, and he was jumping back on my lap,” Mr Remme told The Messenger. “Apparently he bumped the safety one time, and when he bounded back over, one of his toes went right down into the trigger guard. My dog shot me!”

“I’m looking around to see where it went to, and I realised it went in my leg. That’s when I called 911.” 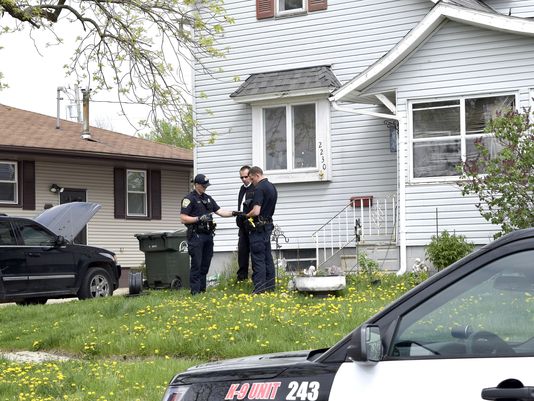 Mr Remme added that Balew was a “big wuss” and laid down beside him and cried because he thought he had done something wrong.