One of the UK’s first ever staffie police dogs has joined the force. Two-year-old rescue Staffordshire Bull Terrier Cooper, who is specially-trained to find drugs, cash and firearms, is the first of his breed to join Staffordshire Police. The animal, who lived on the streets as a stray before being rescued by the RSPCA, joined the service earlier this year and has already helped hunt down more than £250,000 of heroin and cocaine. 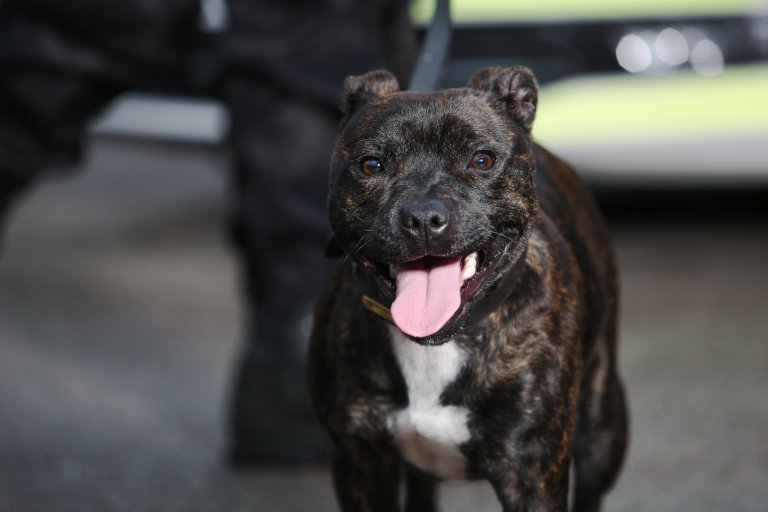 And handler PC Tim Moss said he is also great at busting negative stereotypes around his breed. PC Moss said: ‘Cooper was on the streets, he was picked up by RSPCA and was with them for seven months.

‘It’s an amazing story – one day he was in the kennels, and now he’s a fully-fledged police dog. ‘I have had Cooper since March 2018 and he joined the force the following month. ‘I’m extremely privileged to have him – he’s an amazing dog and we have an amazing bond. ‘It feels really good to have a staffie on the force.’