A dog owner has spoken out after workmen smashed his car widows to free three pets left in the baking hot vehicle.

Worried members of the public told police the dogs had been in the car for nearly two hours, before helping to break into the drivers side window to release them.

All windows of the car were reportedly shut as temperatures reached 27C outside in Bristol on Thursday, July 26.

Now the dog owner has revealed it was “stupid” of him to leave the animals in the hot car.

A crowd had gathered around the silver Nissan car near Old Market Roundabout after hearing the dogs were left on their own. 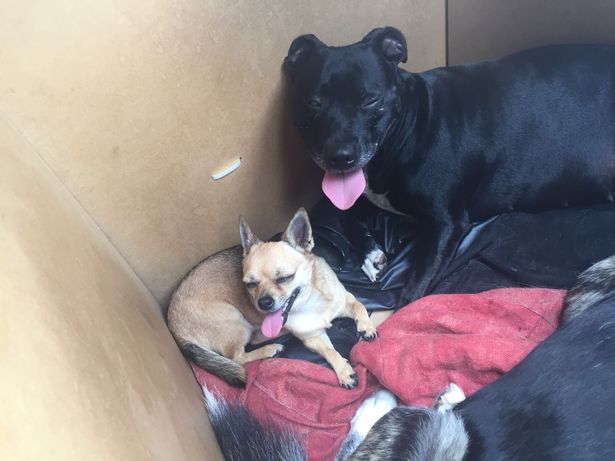 A police officer and members of the public could be seen holding a blanket over the boot window to try and provide some shade for the dogs, reports the Bristol Post.

Around 12.45pm, a workman decided to use a lump hammer to smash the window to provide water and ventilation for the animals.

The driver was spoken to by a police officer at the scene. After the story came to light, he told Bristol Live he was “stupid” to have left the dogs unattended.

But he disputed the witnesses’ version of events, and added: “At most, they were in the car for an hour.

“If it was an hour, break the window, fair enough. I will admit to leaving the window shut – that was stupidity on my part.”

He claimed he had left the dogs in the car to go to Cabot Circus but a nearby Bristol Waste worker – who called the police – was playing with his three pets. 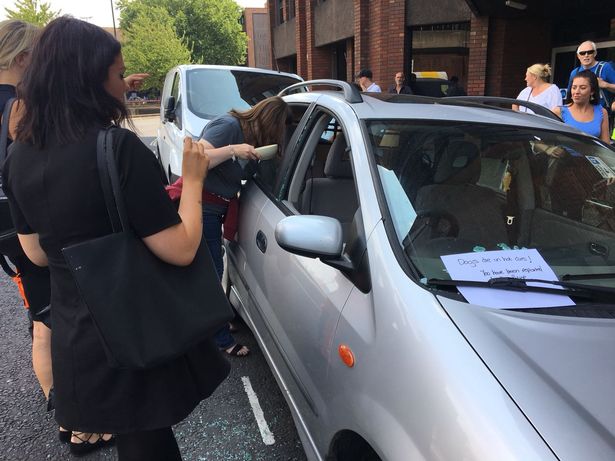