A horrified shopper took these photos of a dog suffering inside a hot car in a Sainsbury’s car park.

The witness, who did not want to be named, said that the pooch could be heard “crying and howling” as the mercury rose on Sunday afternoon

The customer was concerned enough to start taking pictures and even timed how long it took for the dog’s owner to return to his distressed pet.

In total, 20 minutes passed before the dog was released from the hot vehicle, Somerset Livereported.

“I could hear the dog crying and howling and I could see the window was only cracked open a little bit,” the onlooker said. 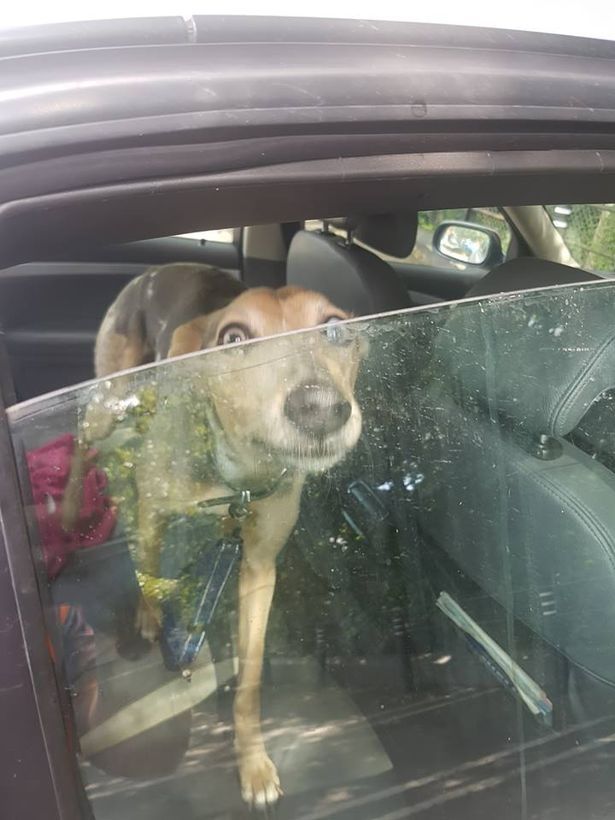 I timed how long the dog was in the car for and it was 20 minutes until the owner came to the car to let the dog out.”

It’s thought an announcement was made over the tannoy at the Sainsbury’s store in Sherborne, Dorset, to call for the dog to be let out at around 3pm. 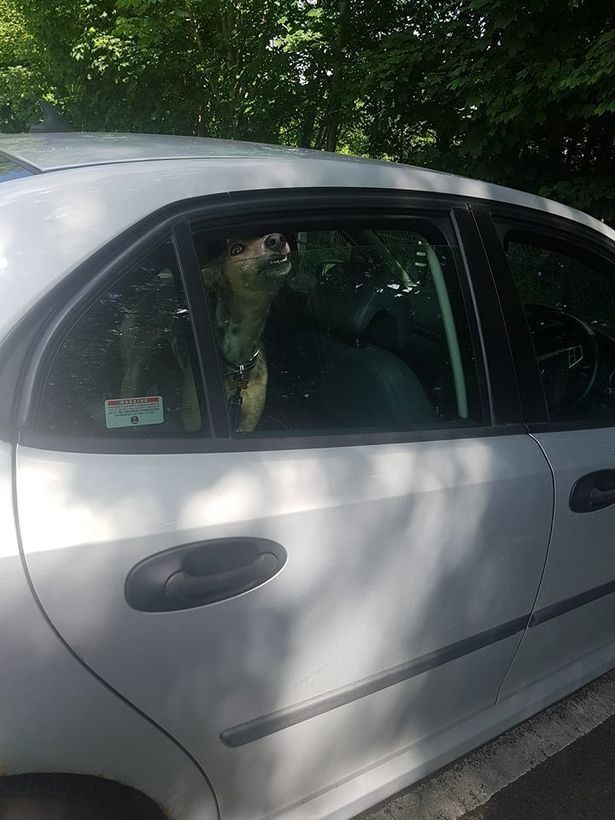