A devastated dog owner whose pet died after eating bones is warning others of the potential dangers of ‘natural raw treats’. Katy Wilson, from Kinmel Bay, lost her Cavalier King Charles Spaniel, Jilly, earlier this month after feeding her duck necks bought from a pet store. But less than five days after eating the treats, the 11-year-old dog started to experience sickness and diarrhoea, she was unable to sit or lie down and was pacing back and forth.

The 57-year-old took her to All Pets in Prestatyn, where she underwent an X-ray and a health check which revealed there were fragments of bone causing an obstruction in her bowels. Tragically there was nothing the vet could do to save Jilly and she died at the surgery hours later. 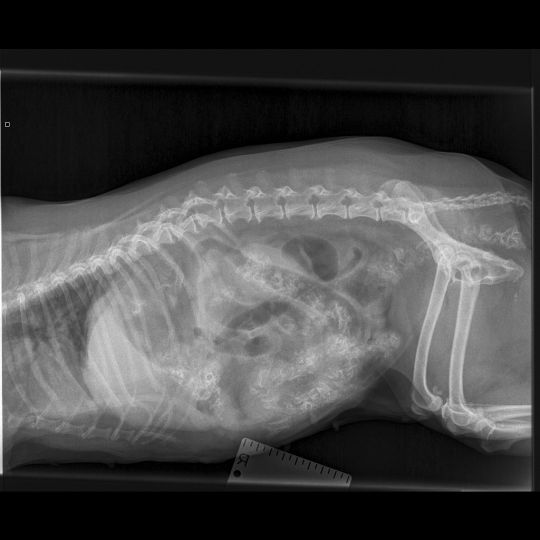 ‘I’m absolutely devastated and I’m angry. She was such a lovely dog. But her story needs to be told. If I can save just one other dog from dying by warning others of the dangers of these treats, I will do her proud.’ Although Jilly had suffered a number of illnesses throughout her life, Ms Wilson said she had been well in the days before her death. ‘It came as a huge shock to die the way she died,’ she added. ‘She had every issue going throughout her life, but I never expected her to go the way she did.’ 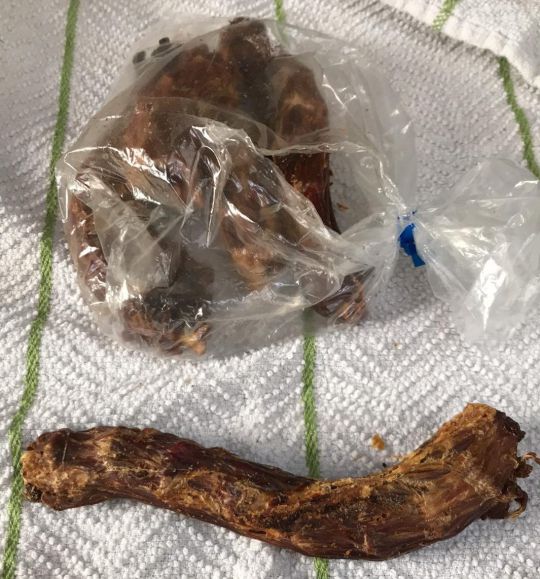 Ms Wilson, who has three other cavaliers, added: ‘I’d bought them all some new raw and natural treats from a local pet shop so they all had some duck necks. They were all fine. ‘Jilly loved them so I went and got some more a few days later.

There was no warning on the packets that they could cause any harm and I’d never heard of anyone else saying they are dangerous. ‘I’ve seen them in a few pet shops in the area. People need to be aware of the dangers. It was absolutely horrendous.’ RSPCA Cymru said it advises against feeding bones to dogs because of the risks of obstruction, damage to the teeth and fatal injuries. A spokeswoman added: ‘Most dogs do find chewing items rewarding and relaxing so we would encourage owners to consider other safer dog friendly chew toys and treats.

‘There are many different types of treats available and the suitability may depend on various factors such as the size of the dog and how vigorously they chew. ‘If an owner is unsure whether a product will be safe for their pet they should seek advice from a vet. ‘If a pet is unwell after eating a treat, particularly if they are vomiting or gagging then immediate veterinary treatment should be sought.’