A charity chief is under investigation over claims he benefited from donations to abused animals.

Kind Brits have sent Peter Singh at least £225,000 to save creatures from death in Spain.

But UK activists discovered a refuge he claimed to be funding with the cash was a house he owned in Pinoso near Alicante, where more than 20 dogs were kept in cramped conditions.

Spanish police ordered him and wife Jean Magill to move out for breaking animal care law but he just took the dogs to a nearby scrubland.

The boss of charity The Dog You Need was confronted there by the activists.

Their suspicions were raised by his claim to have taken in two dogs, Bonnie and Clyde, he knew had been “sexually abused” – because psychic “animal communicators” had told him. 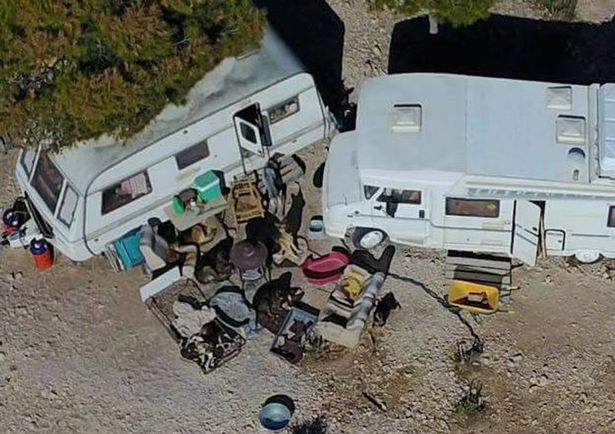 When quizzed over the welfare of all his dogs, he launched Facebook attacks on animal lover Angela Holt and was fined £100 by for making threats.

When our investigators asked how he spent the funds, Singh any and defended the practice of keeping animals in his home.

He has now taken to a mystery location which he refuses to disclose.

The Charity Commission this week revealed it is investigating him “after concerns were raised with us” adding: “A regulatory compliance case is open.”

It emailed one activist to say The Dog You Need may be in breach of guidance on reasonable expenses.

A Facebook page querying the animal charity’s work and funding has more than 700 members.