A dog has survived a suspected poisoning after it ate a sausage roll laced with an unknown substance. Blitz ate the contaminated food which was thrown into his front garden, sparking fears that a pet killer is on the loose. The sausage roll is believed to have been laced with rat poison but fortunately Blitz’s owner Catrina Edwardson managed to stop him eating too much and too him to the vet. 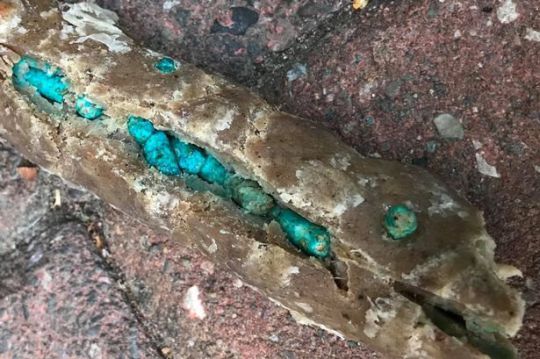 She RSPCA is investigating the incident, which happened in Leek, Staffordshire, on July 25. Catrina told the Stoke Sentinel: ‘We were going out in the morning and noticed the dog running towards the gate – he was trying to eat something. ‘We noticed he had eaten a sausage roll and that it was laced with rat poison.’ Describing the incident as ‘unnerving’, she added: ‘If someone has done it to our dog then we don’t know if it is a one off. I don’t know why someone has done this or why they would have been so cruel.’

The vet told Catrina that Blitz, a nine-year-old pointer, would have died if he hadn’t been brought in straight away – but after being giving medication, he vomited the poison up. Catrina urged other dog owners in the region to be vigilant. Anyone with information should contact the RSPCA’s appeal line on 0300 123 8018. If your dog has been poisoned, you should remain calm, contact a vet and follow medical advice, the charity said.