The bodies of three newborn puppies have been found at an industrial estate.

The animals, thought to be Staffies, were found by staff starting work at Dabble Duck Industrial Park in Shildon, County Durham.

They were discovered along with a towel and a plastic bag.

The park’s gates are locked overnight, so the RSPCA said the dogs had either been thrown over a wall dead or dumped alive and then crawled out.

“No animal should be disposed of in this way. Finding them has greatly upset the workers.

“If they were dumped alive I dread to think of the suffering they would have endured as there is still snow and ice on the ground in this area.”

The dead dogs were found on Friday and it is believed they may have been born just one or two days earlier. 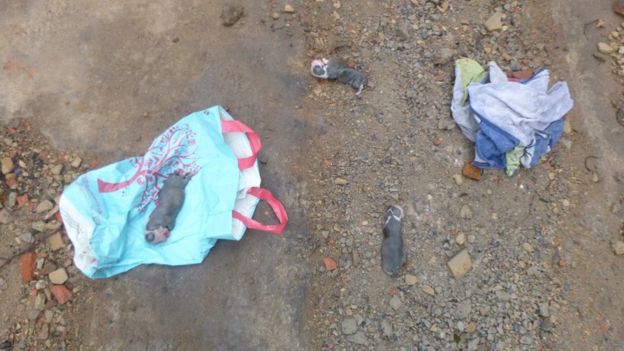