Tony, 85, and Tilly Trotter, 84, vow they will never return to the historic four-star Castle Hotel in Taunton, Devon, which they have visited numerous times before without incident.

An elderly couple who were refused service at one of their favourite restaurants because they had a guide dog with them have vowed to never return.

Tony, 85, and Tilly Trotter, 84, from Uffculme, Devon, were visiting the historic four-star Castle Hotel in Taunton to celebrate their 63rd wedding anniversary. 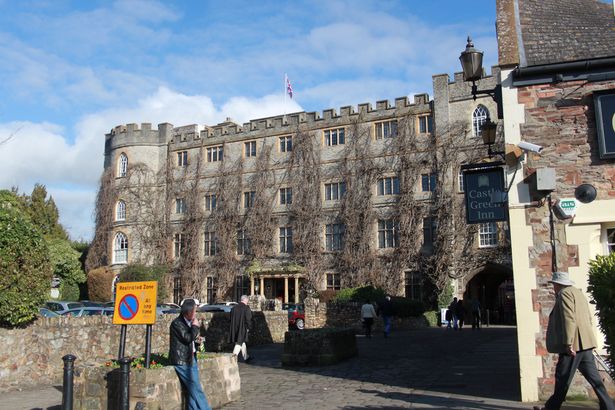 But what should have been a special occasion was ruined when they were confronted by a member of staff who said black Labrador Yazz was not welcome.

Now the pensioners are calling for greater awareness of disabilities in the hospitality trade, reports Devon Live.

Mrs Trotter, who is registered as blind, has had guide dog Yazz for the past 17 years and the couple say they have been regular visitors at the historic four-star hotel in that time.

But on this occasion they were outraged to be told they were not able to take their beloved dog into the dining area of the hotel’s Brazz restaurant by staff.

The Castle Hotel said the problem arose due to an ‘ill informed member of staff’ and all employees have now been retrained.

Mrs Trotter said: “We were very disappointed and surprised at the treatment we received.

“We have been going in there for years and I have had four guide dogs over the years.

“It’s never been a problem before but we certainly don’t feel like going back to the hotel again.”

Mr Trotter, said: “We were badly shaken to have been treated in that way.

“There was no option but to leave. It was not just unfair but was also against the Equalities .