A woman brought her wedding forward by three months after she was told her Bullmastiff had terminal cancer. Estelle Harris desperately wanted her dog Bruce to walk her down the aisle. The pair go everywhere together and Estelle describes him as being ‘her son with four legs’. 34-year-old Estelle and her partner Danny, 31, were due to get married in May, but when Bruce fell ill just before Christmas they decided to rearrange the wedding in just three weeks. Bruce was diagnosed with cancer on 4th December, after Estelle came home from work and noticed his breathing was funny. 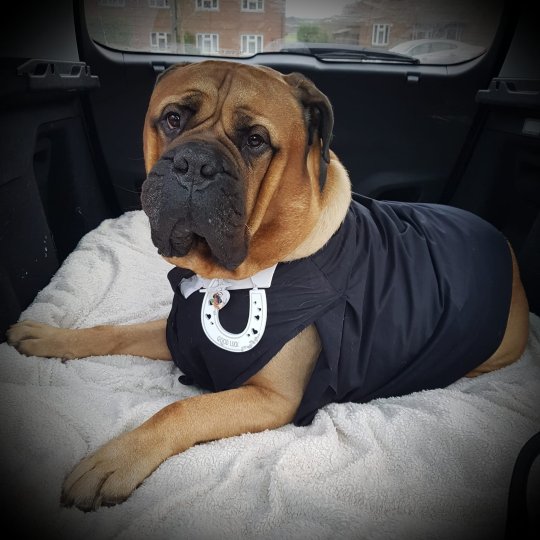 He was struggling for breath and couldn’t run to meet her – and usually he legs it to the door with his tail wagging. She then checked his gums, which were white, and noticed his tongue was turning blue – a sign of oxygen deficiency. She and Danny rushed him to an emergency vet’s appointment 40 minutes away where they discovered he had fluid build-up around his heart and lungs. Later, they discovered a tumour the size of a grapefruit attached to the poor pup’s rib cage. 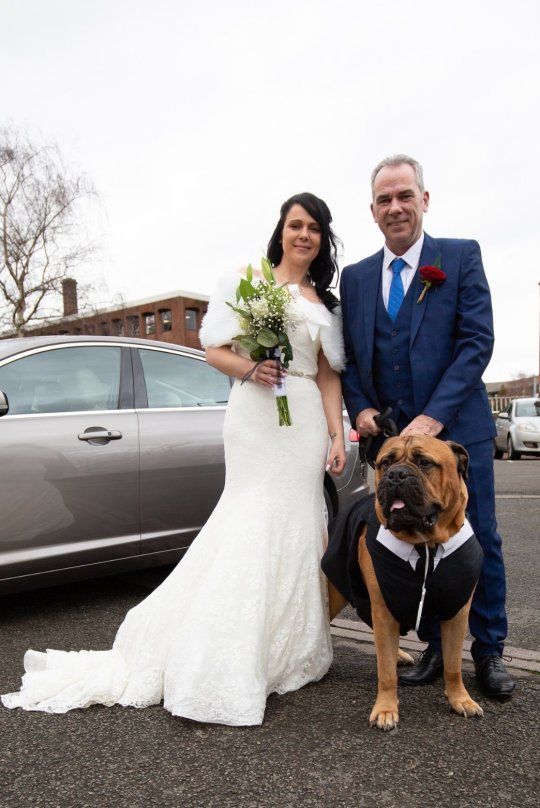 Further tests revealed it to be an aggressive blood cancer with no chance of Bruce surviving. He was given one to four months to live – and Estelle and Danny knew they would have to reschedule their big day. Estelle said: ‘It’s hard to put into words how much I love him. I’ve got no children and he’s the first dog that I’ve had since leaving home. My love for him is unbelievable. ‘I’ve lost grandparents before, but knowing that I’m losing him hurts me more. I knew he had to be at our wedding, there was no question of it.’ Bruce’s illness saw his weight plummet from 70kg to just 63kg and although an operation removed the tumour, it would not prolong his lifespan.