Hector has appeared several times on the blog looking for a home so am very pleased to give you this update.

Staff and volunteers at the RSPCA’s Little Valley Animal Shelter in Exeter had been desperately trying to find a family for two-year-old Hector ever since he was rescued in 2017. The shelter said they could never understand why he was continually overlooked, despite having a fan club online. But after a recent appeal went viral, hundreds of people from all over the world came forward offering to re-home him. 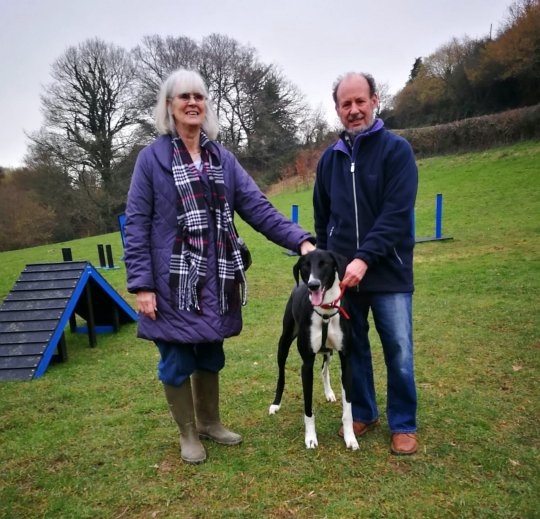 Staff at Little Valley say they are overjoyed that their longest-staying resident has finally found a new ‘forever’ home. Shelter manager Jo Evans said: ‘We couldn’t be happier for him. We can’t stop smiling.’ The shelter thanked its supporters and everyone who came forward. Jo added: ‘Hector is hilarious. He never fails to make us smile and is a firm favourite with all who meet him.

He’s adored by staff and we couldn’t understand why he was always overlooked. ‘He’s an active boy who is looking for like-minded owners who can take him on plenty of adventures. He especially loves the beach, and we have learnt he likes to swim.’