Portly pooch ‘Hattie the Fattie’ was a diabetic and almost blind when she arrived at Devon animal shelter last year – but she has shed the pounds after ditching hamburgers. 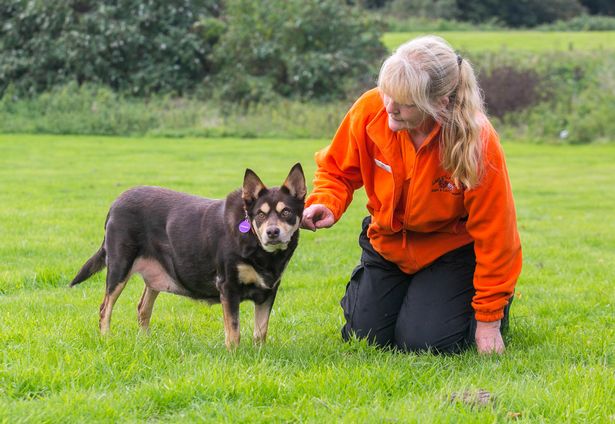 Britain’s ‘fattest dog ‘ who grew to the size of a ‘pot-bellied pig’ after living on hamburgers has finally found a home – after shedding nearly half her body weight.

Hattie the Fattie was taken into care weighing 6st, but despite her large frame she soon won over carers at the animal sanctuary.

They put the overweight pooch on a special diet and her weight plummeted to 3st 6lbs.

Offers to re-home the plump pooch came flocking in but her rescuer has now decided to adopt her and become her permanent owner.

Ruth Rickard, 51, deputy manager at Gables Farm shelter in Plymouth, Devon, said she couldn’t give her up as she had taken a special liking to her.