Marley, a seven-year-old Labrador, took the ornaments, with ribbons attached, from his owner’s Bournemouth kitchen.

Owner Rachael Bulmer said she rushed him to a veterinary hospital after he seemed to go into shock.

Vets from the PDSA animal charity removed the ribbons and a number of bones from the dog’s stomach, during the operation. 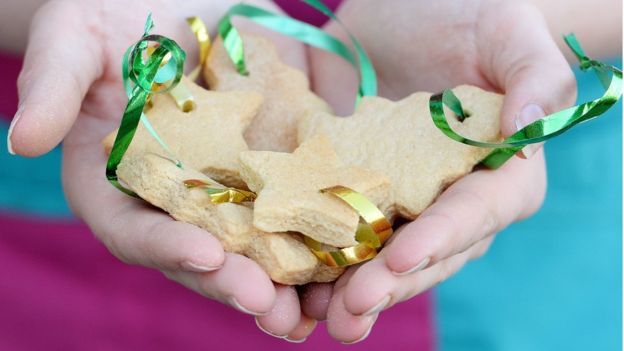 Ms Bulmer, 37, said she thought she had left the decorations, in gift bags, “safely out of reach”.

She said: “Over the years Marley’s been no stranger to eating things he shouldn’t and usually they pass through.

“But this time he started acting strangely and looked like he was going into shock. He was violently sick and brought up some of the ribbon.”

The Labrador underwent two operations to remove the ribbons, which were causing a potentially fatal blockage.

“Thankfully he pulled through but needed critical round-the-clock care for four days before he could go home.”

The PDSA said the treatment cost £2,000, paid for by public donations.