By Jayne / Reunited Dog Stories / 1 Comment / 22nd November 2018
Bobby vanished from his secure garden in Stourport On Severn, Worcestershire on 29th May,  Many people followed the incredible social media campaign led by a grandmother determined to get her grandaughter’s dog back to her and we were all saddened as more time went on & the young girl became more withdraw as she missed her dog so much.
One volunteer, Beck Ross has supported the campaign tirelessly from the start, Becky created a Facebook group to help Cynthia’s campaign and has been with her every step of her journey.  Following up every lead until the lead that led to Bobby’s return
Here is Becky Ross’ statement last night which left us all in need of tissues:

After 9 days of a lot of behind the scenes work, phone calls, waiting and liaising with some fantastic people in the dog world, including Dog Lost co-ordinators. Lin and Lisa
and with special thanks to Michelle at Dogs on The Streets for her support and help ❤️

Huge thanks go my friend Kj Foster after Bobby was spotted by her last week in Birmingham and to West Midlands Police Force for retrieving Bobby. At the moment I cannot go into the full circumstances surrounding Bobby’s situation. But this has been amazing team work.

It has been a journey since he was stolen, but we would like to thank all of the members for your support, sharing and caring whilst Bobby was missing.

Huge thanks from myself, Cynthia Jones, Kim Jones and Cery’s and the little boy himself Bobby💙🐾 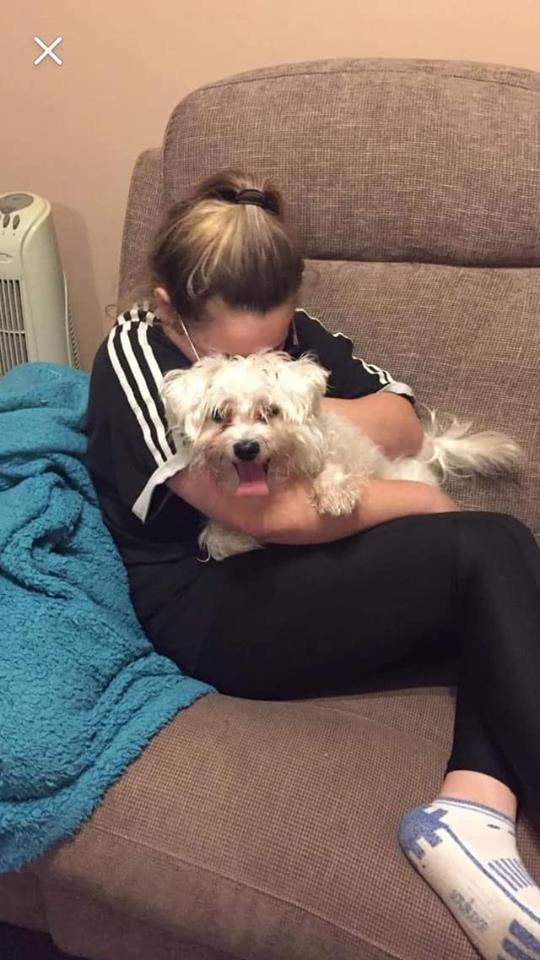