Bamse the St Bernard is being remembered for his heroic service in the Second World War. The Norwegian dog not only saved the lives of sailors, he also broke up fights between the men and made sure they never missed a curfew by fetching them from the pub. He belonged to the captain of the Norwegian fighting ship Thorod, which escaped to the UK after the occupation of Norway in 1940.

He lived on-board the vessel and ‘took his duties seriously standing guard at the forward gun turret even during heated battle’, Twitter user @merryme300 wrote online. The very very good boy, whose name means ‘teddy bear’ in Norwegian, was even fitted with a special helmet to protect him.

Bamse was able to instantly recognise when a sailor was missing from the ship – and even went on to save two members of the crew. He protected one from an attack by a knifeman, while the other had fallen overboard and Bamse dragged him back to shore. As a reward, he was inducted onto the Thorod as an official crew member in 1940. The St Bernard was also known for breaking up fights amongst his crewmates by putting his paws on their shoulders and calming them down. 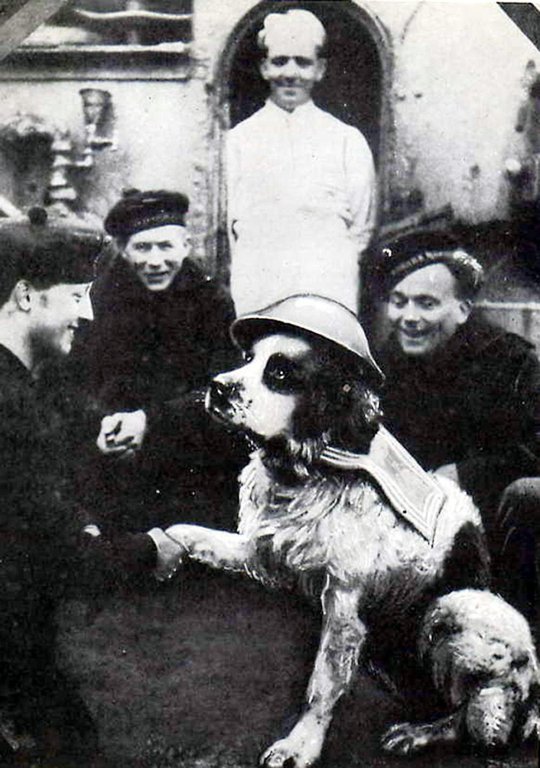 While he also travelled on buses unaccompanied in order to fetch the crew from their favourite pub and escort them back to the ship in time for curfew. The dog had a bus pass attached to his collar, and if he couldn’t find the men, would return back to the ship on the bus by himself.

Bamse was later made the official mascot of the Royal Norwegian Navy and became a symbol for the country’s freedom. He sadly passed away on July 22, 1944, after suffering a fatal heart attack while the ship was docked at Montrose. The much-loved dog was then buried with full military honours and had a funeral that was attended by hundreds of Norwegian sailors, allied servicemen and school children.