The arcade game where you try and grab a prize with a claw normally leaves you feeling angry because the damn thing won’t grip onto the prize properly. However, footage of one such arcade game has sparked anger for a much more serious reason.

Normally, the tantalising attraction features prizes such as cuddly toys, but the claw grab game in question shows what appear to be actual living dogs up for grabs inside the glass container.

The footage shows the dogs crammed into little buckets as the large metal claw drops down and snatches at them. At the end of the video, a person can be seen collecting one of the dogs and holding it in their hands.

It is not clear where or when the footage was taken, but biologist, Daniel Schneider, shared the video on Twitter with the caption: “Some of those puppies in that game in #Japan are real. WTF. RT. #BeKindToAnimals”

However, it has also been reported that the clip may originate from China. Whatever the case, the footage poses serious animal welfare questions. 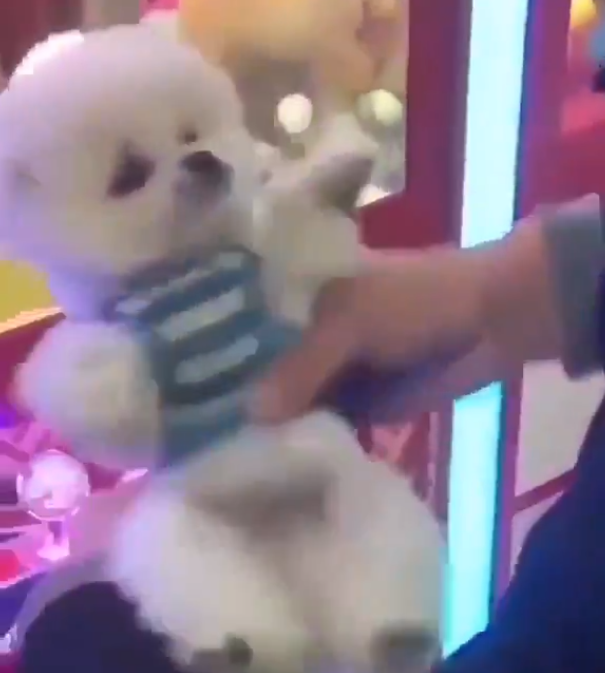 Beyond the obvious danger posed by the claw, the dogs could well be kept in unsanitary conditions and do not have enough space. Furthermore, the gifting of dogs as prizes does not take into account the weight of responsibility that comes with having a pet dog, and as such, makes the dogs vulnerable to neglect.

Speaking to The Mirror, she said: “Animals aren’t disposable toys, and PETA urges Chinese authorities to look into this video as a matter of urgency – if the dogs are real, it’s not a harmless arcade game but rather a matter of life and death.

“Live animals – including lobsters, turtles, and crabs – are commonly sold in claw machines across China.

“They can easily be hurt by being repeatedly dropped, and some have been left to endure a painful death from dehydration or starvation.”

Responding to the video on Twitter, people were just as disgusted.

One person said: “That is so cruel! And what if that thing poke out one or both of their eyes?????”

Another said: “That is horrible. Poor things must be terrified.”

A third added: “Can we just stop producing humans already?”

Last year, a crocodile at a zoo in China was left bleeding after visitors threw rocks at him to see whether he was real.

Elisa Allen, director of animal rights group PETA, described the video as ‘a matter of life and death’.