A dog belonging to an anti-puppy farm campaigner has gone missing, presumed stolen, in what the owner thinks was a targeted theft. Niki Roe, who was invited to 10 Downing Street after the success of the campaign for Lucy’s Law, was today in shock after the disappearance of her dog Diddy. Diddy the six-year-old miniature pinscher went missing from Niki’s Berkshire home in the middle of the night and has not been seen since.

The animal rights activist and dog behaviourist has launched the hashtag ‘#findourdiddy’ and has received widespread support to try and find her missing pooch. Niki said: ‘I think it was targeted, I was in a photo that was shared of 60,000 times and someone must have seen me.

‘I got threats at the beginning of the campaign, and someone threw poisoned meat into my garden. ‘I backed away from the campaign at the time, which was just local, and handed the reins over to my friends.’ Niki’s house is home to a lot of canines, which at the moment includes hypnotist Paul McKenna’s Great Dane. Diddy went missing overnight on Friday and Saturday from the house. Niki added: ‘My oldest dog, Molly, has had her eyes removed and is deaf, she’s 17 years old now. 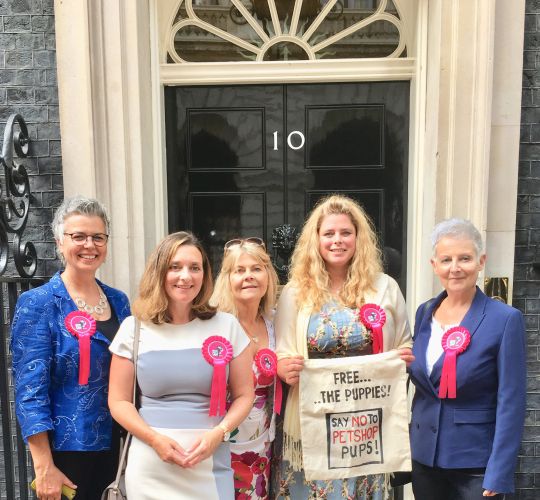