I would like to nominate Dog Squad MK for a LICKS award, they have a solid base of volunteers who spring into action whenever they are needed. Although not in my own region, they have regularly helped us with dogs missing in nearby Northamptonshire when needed, and being close to MK we see the efforts they put in and how they work closely with Doglost. They really pull out all the stops to help reunite lost dogs & are very much deserving of this award!
ABOUT DOG SQUAD MK

Dog Squad MK formed in 2016 when the same people turned up night after night to try and catch a spaniel left behind by the travellers at The Bowl in Milton Keynes. Louise Day and Bev Cook-Abbott had been setting up “Help Find” pages for a few months and helped reunite several dogs by then but welcomed the addition of a few stalwarts.
A meeting was held, a Facebook page was set up and fundraising began. We soon had 1000+ followers and eventually raised enough money to buy our own trap as the borrowed one had enabled us to catch Spanny spaniel. We mangaged to get a huge one custom made for us and now have catchpoles and a wildlife camera.
When we hear of a missing dog we send them our “what to do if you’ve lost your dog” poster which details the steps like checking chip is correct, contacting vets and warden, registering on dog lost and tips on how to find them. Our sharing group on Dog Squad will then share the doglost poster to their allocated groups ( to try and avoid us admin getting more bans) If they’re still missing the next day, or sooner in some circumstances, we set up a “Help Find” page and call for volunteers for postering.
In our 2 years we have sadly had 2 fatalities but every other dog we have been involved with has happily been found, sometimes directly in that our search party has found and caught the runaway or more often via social media/posters or just gone home!!
The only exception to this is dear Miley who has been missing since December 2017. Despite 4 different food stations being monitored by camera for a week each we’ve yet to have a confirmed sighting. 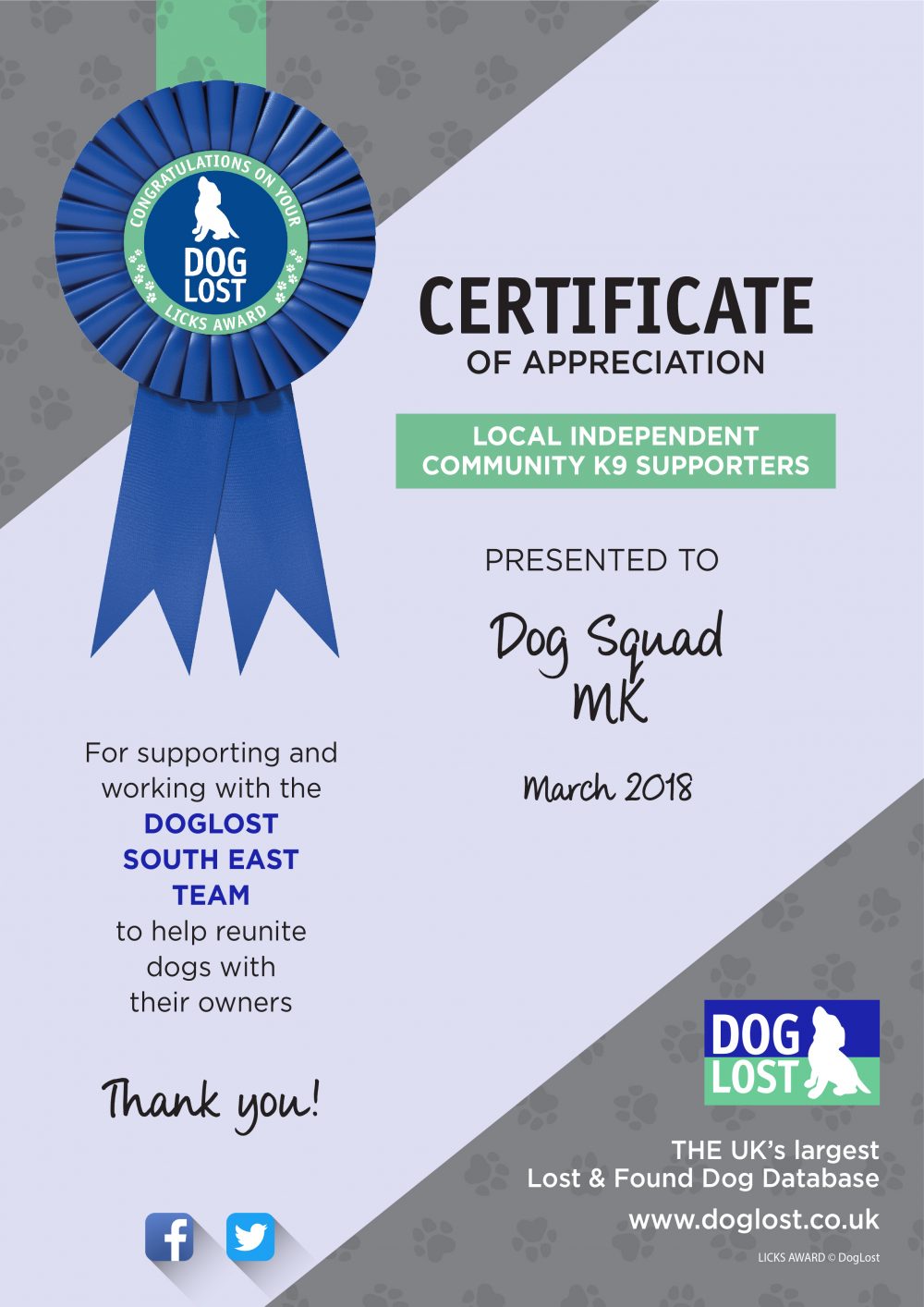