×
Home / News / Alligator attack: Woman dragged underwater and killed while trying to save her dog

Alligator attack: Woman dragged underwater and killed while trying to save her dog

A female dog walker has been killed by an 8ft alligator while walking next to a lagoon in South Carolina, US.

Officials named the victim as Cassandra Cline, 45, who was dragged underwater by the huge reptile while trying to protect her dog.

The local sheriff’s office said officers were called to reports of an “alligator attacking a woman inside of a lagoon” at the exclusive Sea Pines golf resort on Hilton Head Island.

And Sam Chappalear, from the state’s natural resources department, said: “It appears the alligator went after her dog and she tried to protect it.”

The sheriff’s office said in a statement: “Witness accounts indicate that the woman was walking her dog near the lagoon when she was attacked and pulled underwater by the alligator.” 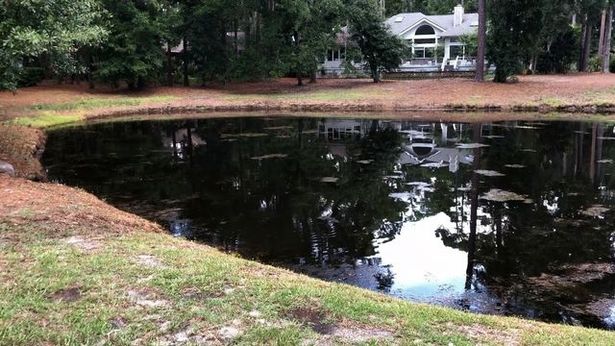 The alligator reportedly measured 8ft in length and was “dispatched at the scene”.

Alligators typically roll their victim beneath the water’s surface until their prey stops breathing, before stashing the body to eat later.

Sea Pines Living, which manages the resort, said in a statement on Facebook: “This morning Sea Pines security department and the Beaufort County Sherriff’s Department responded to a call reporting a deceased person found in a lagoon in the club course area of Sea Pines.

“Sea Pines CSA is actively working with local authorities to ensure necessary access to the site while the investigation is underway.