Adorable dumped puppy comforted by teddy after being parted from mother

AN abandoned puppy cuddles up to a giant teddy bear for comfort after being thrown on to the streets by a heartless owner. Poignant pictures of sad-eyed Penfold nestling next to the fluffy toy have been released to highlight how he was robbed of his mother’s love and dumped in an alley. 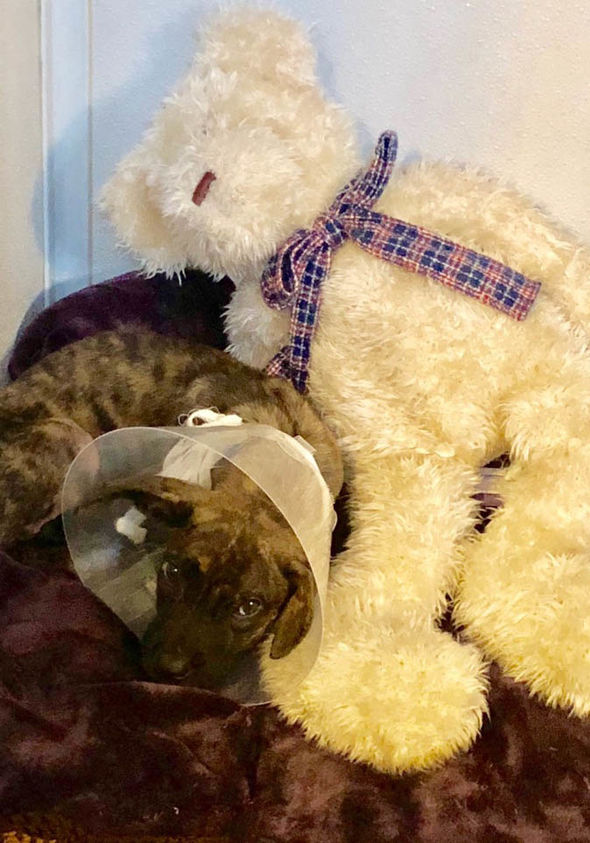 Days after brindle-coated Penfold was left to his fate, sparking outrage on social media, his mother and two eight-week old siblings were also abandoned.

Animal cruelty investigators suspect the dogs’ owner panicked because of the publicity over Penfold and decided to also get rid of the mother and her remaining puppies.

Penfold has now been reunited with the rest of his family as he continues to recover from his shocking ordeal.

RSPCA Inspector Herchy Boal is piecing together how the family of shar pei-type dogs were dumped within days of each other in Rugby, Warwickshire.

Penfold was lucky to be found by a passing animal lover so he could get emergency veterinary care.