“It’s a total fairytale,” said Alison Preiss of Pet Valu, the Ontario pet store where the rescue dog was adopted by Markle in 2015.

“Here is this dog that was in a shelter, nobody wanted him, and through this wonderful adoption he’s now living in a palace, running around with the royal family.”

Guy’s unlikely journey began after a shelter in the US sent an email to Dolores Doherty, who runs an Ontario-based organisation, A Dog’s Dream Rescue, which saves beagles slated to be put down in the US and brings them to Canada to be adopted.

This time, a shelter in Kentucky was asking if she would be interested in a 17lb beagle that had been found in the woods. After he had spent days at the shelter, nobody had come forward to adopt him, and the dog was on the euthanasia list. “I always say yes,” said Doherty. “I can’t say no. I’m a sucker.”

A network of volunteers helped transport the dog more than 500 miles to the Canadian border, each of them driving him for one hour before handing him over to the next waiting car.

He hadn’t even been in Canada for a full day when Doherty brought him to an adoption event on the outskirts of Toronto. “He was just sitting there with those big beagle sad eyes, looking so depressed. He was irresistible,” said Doherty.

Dozens of people had turned up to meet the 20 or so dogs up for adoption, including Markle, who at the time was living in Toronto while her TV series Suits was being filmed

And here is Guy travelling in the Queens car with the Queen. 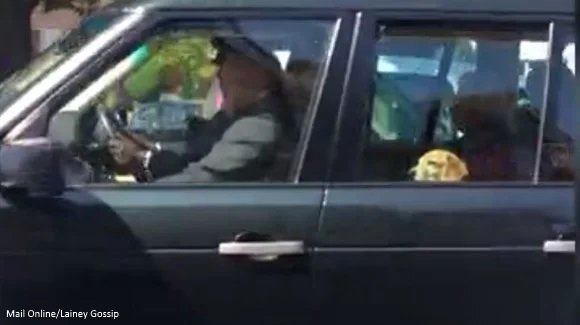 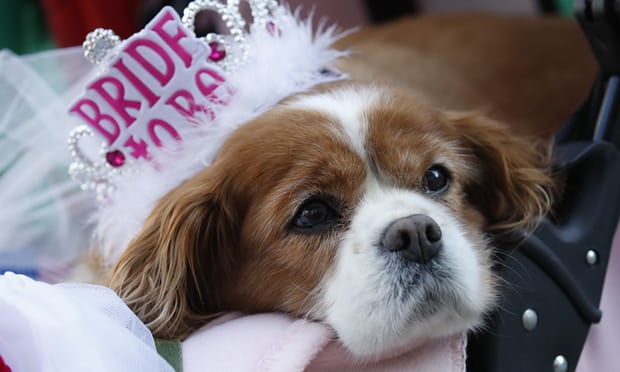