A moth did this to a dog.

This is the heartbreaking photo of a pet who nearly died after sniffing a toxic caterpillar – and every dog owner needs to see it.

Jack Russell Benson was playfully exploring a field when he found a strange nest and went to investigate.

But within six hours, part of his ears, eyes and nose started to swell up and he was immediately taken to the vet.

It turned out he had gotten too close to oak processionary moths (OPM) and could have died. 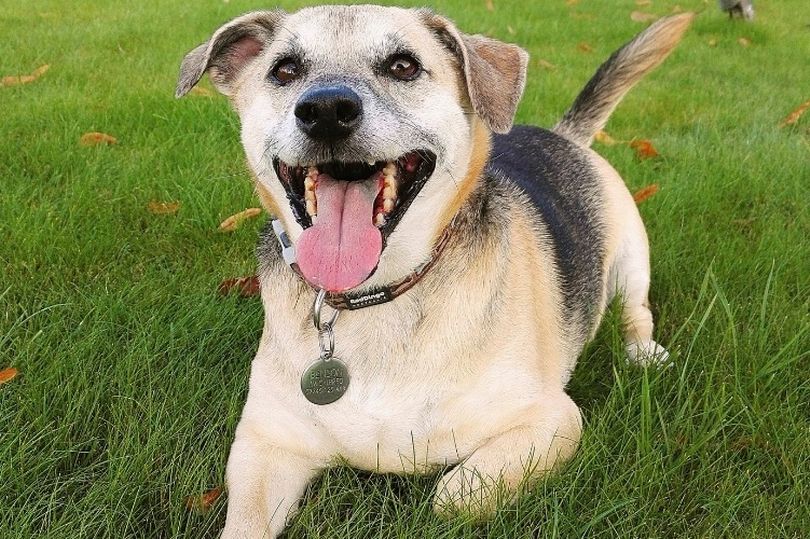 Although this photo was taken a few years ago, his owner has shared the photo after hearing how the creatures are emerging again.

Benson’s owner, who lives in North Camp, Surrey, said it took him around a month to fully recover.

He told Get Surrey: “He was medicated and it took two weeks to recover and then another couple of weeks of keeping it clean and removing dead skin.”

OPM only live in London and some neighbouring counties, and were found in Guildford Mole Valley, Elmbridge, Epsom and Ewell, Runnymede and Spelthorne last year.

The Forestry Commission say that OPM were first accidentally introduced to Britain in 2005, almost certainly when eggs which had been laid on live oak plants were imported from continental Europ

People and animals can come into contact with the hairs when they are blown by the wind.

If you see the caterpillars or their nests, do not approach, touch or try to remove them. 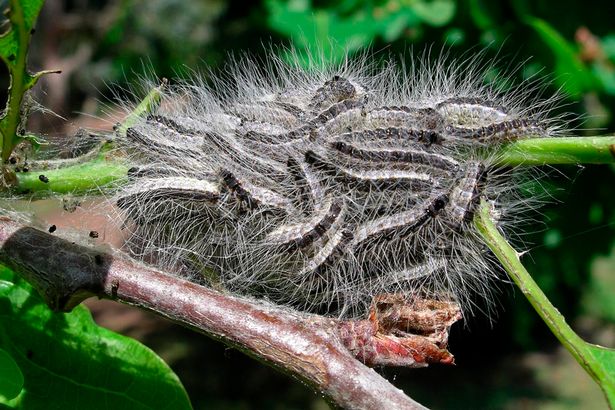