×
Home / News / A keyboard warrior has been forced to pay £100,000 in legal costs after falsely accusing an animal lover of kicking her dog

A keyboard warrior has been forced to pay £100,000 in legal costs after falsely accusing an animal lover of kicking her dog

Samantha Walker, of Cardinal Close, Sunderland, was a complete stranger to dog owner Kim Suttle, 54, when she furiously accused her of beating her mastiff cross. Walker filmed the interaction and later uploaded it to a ‘vigilante’ Facebook group which aimed at exposing alleged animal abusers.

Care home manager Ms Suttle then received a ‘torrent’ of ‘vicious’ abuse online which led to threats of violence. The dog owner, who regularly donates to animal charities, was even forced to leave her job after receiving a telephone death threat at her place of work. She was also turned away by her hairdresser, who told her she ‘would not cut the hair of an animal abuser.’

Ms Suttle sued Walker for libel and harassment, after taking legal steps to uncover her identity. Catrin Evans QC, for Ms Suttle, told the London’s High Court: ‘The claims arise from a vicious online hate campaign instigated and continued by Ms Walker against Ms Suttle. ‘It went viral on Facebook, had a lasting harmful effect on her, led to threats of violence and even a death threat against her, and ultimately led to her having to resign her job. ‘At the heart of the campaign was a false allegation that Ms Suttle had physically abused her dog, or caused it unnecessary suffering, and that she was accordingly a cruel and appalling person.’ 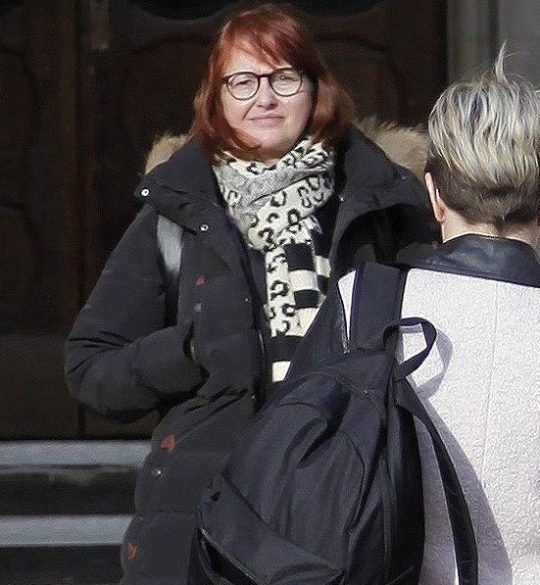 She continued: ‘The allegation of dog beating was completely untrue. ‘Later the same day, Ms Suttle became aware that the allegation against her of dog beating, along with the recording of the confrontation in which she was clearly visible, had been uploaded on to a Facebook group page, apparently directed at exposing animal cruelty.

‘She has at all material times kept pet dogs and been passionate about animals and donated money to animal welfare charities. ‘She has a record of holding highly responsible jobs in the public sector. It follows that it is imperative that she is seen as having integrity and as being caring towards those in her charge.’ Walker was ordered to pay Ms Suttle £55,000 in damages and also faces a lawyers bill of around another £50,000. Describing the case as a ‘serious and nasty case of online harassment’, the judge said warned that ‘those who think the law is impotent when it comes to their online behaviour are mistaken’.

He said: ‘It is usually very easy to unmask those behind such anonymous blogs and posts. They are then liable for the consequences of what they have done.’ He went one: ‘It is a sad reflection of modern life that some people are prepared to be so-called keyboard warriors, and are willing to post abusive, violent and menacing messages online in circumstances where it is to be doubted that they would ever behave like this in person.

‘Certainly if they ever carried out these threats in person, they would be liable to arrest and prosecution. ‘The fact that someone may have a strongly held belief on the subject of animal cruelty does not justify the posting of such comments.’ Ms Suttle said she hoped that the judgement would ‘serve as a warning to others not to make or repeat unsubstantiated allegations on social media’. ‘People should think very carefully before they share or endorse hateful content online,’ she said. ‘It has been an appalling experience, and I wouldn’t wish it on anyone