19 ways your dog tries to communicate with you

A DOG’s bark is only a ruff means of communication. Instead, we should be looking at its wiggles and squirms.

Jumping up. Rolling over. Lifting paws.

It’s all doggie behaviour that makes them so endearing.

But they’re actually trying to talk to us.

Researchers from the University of Salford have been attempting to figure out what humanity’s greatest friends have been trying to tell us all these years. Their results have been published in the science journalAnimal Cognition.

They’ve identified some 47 different potential gestures they use in an attempt to communicate.

They’ve managed to ‘translate’ 19 of them.

Surprisingly, most of them mean ‘scratch me’. Not ‘feed me’ – though that’s right up there.

But others communicate your canine’s desire to go outside, and play.

Here’s a quick dog-to-human dictionary to help you translate your pup’s desires: 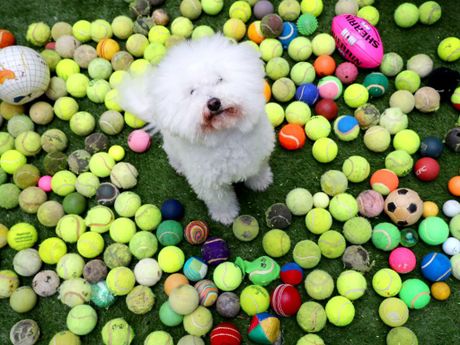 – Holding one paw in the air while sitting

– Turning its head from side-to-side, looking between a human and another object

– Standing on its hind legs

– Using its mouth to throw a toy forwards

– Rolling over in front of you

– Pressing its nose against you or another object

– Licking you or an object

– Lifting a paw and placing it on you

– Short shuffles along the ground while rolling over

– Lifting a back leg while laying on its side

– Briefly touching a person with a single paw

– Diving headfirst under a person or object

– Reaching a paw towards an object of interest

– Wiggling its body underneath a person or object

OPEN THE DOOR FOR ME:

– Jumping up and down, either on to an object or not, while in the same location.